The most loving game

I’ve never heard “I love you” so much in a game before.

In One Hour One Life, all the other characters are actual players. You begin as a baby (or an “Eve”, the first in a lineage), and, if you’re a female, you sporadically have babies once you’re between certain ages. You don’t have any control as to what you’re born into – perhaps a lone mother scavenging for food, or a small group with no buildings but dedicated roles, or even a village with buildings.

Often, you’ll die as a baby. Scavenging mothers will die if they take care of every child. Other times maybe you’ll run into some hostile wildlife or a hostile other player (though not as often as you’d think). But, you can make it to old age, watch your children have children, while everybody helps out the group. Sometimes a parent might die and you take care of their kids in place, or even care for another person’s baby while they’re out scavenging. Sometimes, another person will get sick and you’ll have to nurse them to health. Or maybe somebody is AFK and you feed them while they’re gone.

If someone is mortally injured, there’s enough time for them to usually return to the village to say their goodbyes. If they were purposefully murdered, they can get a chance to say who, and the others can “curse” that person’s name, leading to an in-game black mark on the person if they’re cursed enough (their next life, they’ll spawn far from everyone else.)

There is some sense of bonding between your family in the game. If you’re an “Eve”, you get to choose your first and last names, and all your descendants will share your surname. You name your children, or you can pick up an unnamed child and name them, too. Being a baby is hard, and when you make sure to take care of one until they can feed themselves, they’ll babble “ily” (I love you) at you. (Babies can only speak one letter at a time, with the letter count getting longer as you age.)

When parents are dying, they’ll often seek out their family and wish them well and say “I love you” and goodbye. If family accidentally passes in some way, those left behind take a moment to mourn, even if it’s just a sad emote.

I only began playing this game today, and in my several dozen lifetimes (again, being a baby is hard…), I have heard ILY or I Love You so many times. It’s really cool to see a sort of cooperative, positive multiplayer experience. 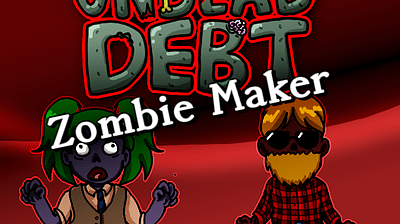 It’s Thanksgiving Week… I caught a cold on Monday… But I FINISHED THE ZOMBIE MAKER TODAY! … Or well, I may add in additional items to it based on feedback, but it’s usable! Zombify yourself – use the Zombie Maker to turn yourself into a Zombie. Then, post a comment with your zombiness: …and then maybe you’ll be in Undead Debt! Also if you have suggestions for additional outfits / hairstyles / accessories / etc. that would help you make zombie-you, let me know!

from itch.io https://moosader.itch.io/undead-debt/devlog/56883/zombie-maker-ready-to-play
via IFTTT

This morning, I woke up to news about shootings in Chicago, Denver, and St Louis. But it’s not the first morning I’ve checked my phone and seen news like this. It happens all the time in the United States.

I made this small clicker game, using real data from GunViolenceArchive.org, to illustrate what it’s like waking up every day and checking the news on your phone.

You can play the game in your web browser here: https://moosader.itch.io/good-morning-2018

This game only covers news about mass shootings, because there’s data available. It seems like there’s terrible news coming in every day, but we’re limiting the scope here to just mass shootings.

I always beat myself up during holidays… (My internal monologue)

Oh, I have some free time? I don’t immediately have a ton of work to get done?

Or, try to relax. Why aren’t you relaxing? Stop being bad at being a human. Stop working so much. Just fucking relax. What’s wrong with you??

Sit back and play some video games. You love video games. Ignore that voice in the back of your head that makes you feel guilty for PLAYING games instead of MAKING games.

Just go program. You would be successful if you just spent more time building things. Or at least you’d be happier. Instead of just THINKING about making things constantly YOU COULD ACTUALLY MAKE THINGS. I know you’re low on energy, but suck it up. Do it. Stop being a failure. You have limited time. This is your chance. If you squander it you will continue suffering.

Geeze, Rach, do you listen to yourself? Your mind is so cluttered. You need to meditate or see a therapist. Stop putting off taking care of yourself. I know you have no time and you don’t have another job lined up. Stop just sitting, paralyzed, by the analysis paralysis that comes from facing life. Get yourself up. Why aren’t you pushing yourself harder?

???: Quit masters, go back to work as a developer.

29: Try to teach AND get masters. Doesn’t work.

I’ve been applying to software development jobs but I’ve been rejected or ghosted by every place. I thought it would be easy

And, early next year, I’ll be in India for 3 weeks, so that also puts a damper on things.

So for now, my plan is to finish out the semester and only work on Moosader in January. Once I’m done with my travels, figure out what to do then. But I have no idea what I want to do, or what would be a good thing to do. It’s up in the air, and there’s no way for me to decide, NOW in NOVEMBER, what I’ll be doing by March 2019.

It feels difficult to remember to be happy in my own life. I have some good things: my wonderful husband, my sweet cats, my natural family and families I’ve “adopted”. I also have some challenges: finding a job is hard, I’m worried about my career. But what overshadows your normal ups and downs of a normal life day-to-day is so much anxiety about the climate and about the government. It feels difficult to be happy when it feels like doom is over the horizon, and it is hard to convince myself that it will be okay.

I’m trying to talk myself out of this depression, how I usually do. “How silly will this seem, once you’re old at the end of your life, and everything’s okay and you spent so much time worrying instead of taking care of yourself and your family.” I’m writing this now to try to remind myself of these things. 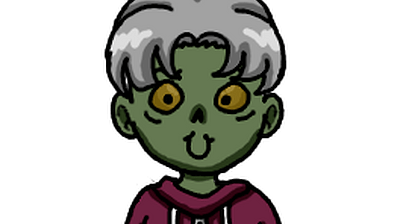 Store Stylez I’ve been having trouble envisioning a style to make this game, and I finally was just like “dood, just do it in your style .” I’m still going to make UI elements very chibi, but the main game art itself will be in more of the style I draw my web comics in. I drew a new store thumbnail and banner to see how I liked it and I’m liking it pretty well! Feeling inspired! Zombie Art Spent a lot of time today working on zombie art for the Zombie Maker. Drawing different bases, hair styles, faces, and other things. I’m not done yet – I still need to draw/color all the clothes, and the “behind hair” for long hair / ponytales / etc that go behind the sprite image, on a different layer from the top-of-head hair. Zombie Maker Reworking the Zombie Maker webapp again. It’s taking too long…

from itch.io https://moosader.itch.io/undead-debt/devlog/55390/zombie-maker-part-2-drawing-zombies
via IFTTT

Easy to go into teaching, hard to leave teaching

As I apply for software and web development jobs, I realize that even three years of not keeping up with the industry has left me far behind.

I work teaching C++, and while there are some C++ jobs locally (not many), most jobs appear to be web development with newer frameworks – frameworks I don’t have any experience in.

It may be the case that I can’t find a developer job this time around, and I might have to take a break to polish up my skills before I try again…

I have work to do but I can’t bare to stay awake, I’m so tired. I plan on going to bed immediately after I get home from work at 8:30 pm tomorrow, too. Watching the primary election results were too stressful, I can’t take doing that to myself tomorrow, too.

I’ll either feel marginally better, or a shitload worse.

I’m laying in bed thinking about how I should count my blessings, but there’s a constant fear about the future. Climate change, definitely – where are we going to be in ten years? – politics – are we ever going to build a system FOR HUMANS and not FOR CAPITAL?

I have plenty to be thankful for today, but I can’t help but worry that there might be global disaster in the future. Can I have a family? Will I live to retire? Will we have to leave the country? Will I have to physically fight fascists?

I haven’t really worked on the game at all in the past ten days. I want to do some of the more artistic parts of the game, but depression just fucks up my ability to brainstorm and come up with ideas. I hope there’s some good news after tomorrow’s election. I’m just so tired. Here’s the latest screenshot of what I have in the game:

from itch.io https://moosader.itch.io/undead-debt/devlog/54995/2-depressed-2-make-art
via IFTTT